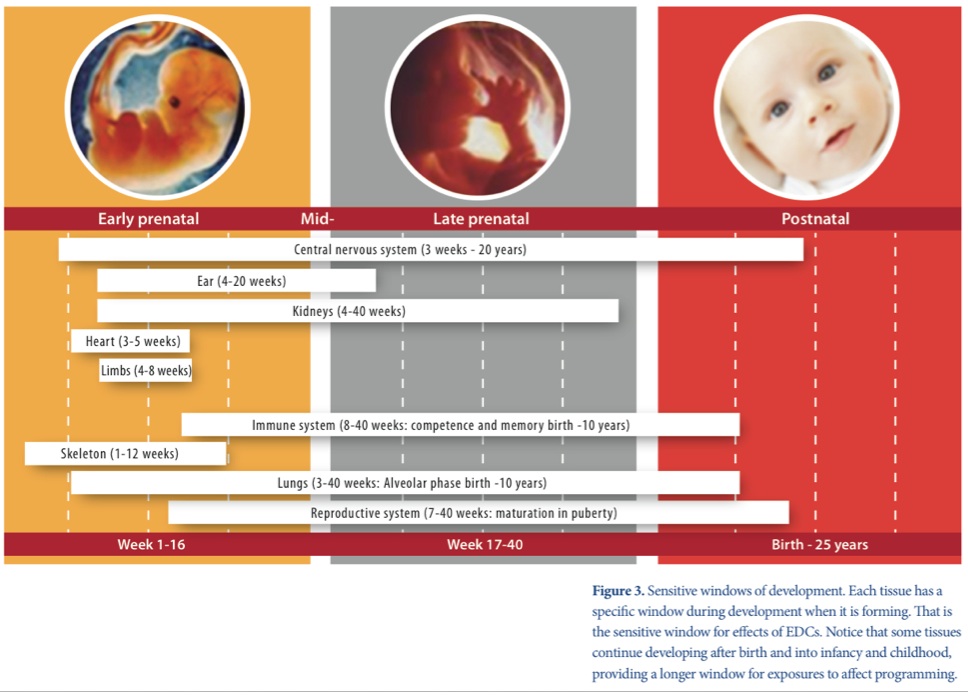 These more recent findings show these known and unknown pollutants can and are creating increased infections, asthma, obesity, diabetes, and behavioural and learning disorders, including attention deficit / hyperactivity disorder (ADHD). This revealing 2013 WHO/UNEP Report [message us if you’d like a copy] has proven that environmental and household EDCs play a much larger than realised role in the proliferation of male and female reproductive problems.

On page one it even says that “there is emerging evidence for adverse reproductive outcomes (infertility, cancers, malformations) from exposure to EDCs, and there is also mounting evidence for effects of these chemicals on thyroid function, brain function, obesity and metabolism, and insulin and glucose homeostasis.”

But that’s not all!

These EDCs are strongly linked to the cause of endocrine-related cancers. And it’s now known that this disruption may come from everyday products you use in your home, your seemingly innocuous purchases of household care, personal care, and even skin care and cosmetic products. “Give me the gist of the findings, let me know how I’m being affected, cut to the chase“,  you may be saying.

So here are some of the latest on these 4 Key Factors Affecting Your Health …..

“On 19 February 2013, the United Nations Environment Programme (UNEP) and the World Health Organization (WHO) released to ‘the decision makers’ (to your governments and health carers), the aptly named “The State of the Science of Endocrine Disrupting Chemicals – 2012” (WHO/UNEP 2013). [NOTE: it is a large 14MB PDF file. If you would like login details to our private site for more information, reach out to us.]. This is an extensive update of an earlier document, Global Assessment of the State-of-the-Science of Endocrine Disruptors (International Programme on Chemical Safety 2002)” in which it was argued that humans were not being affected by EDC’s, which the 2012 report has now refuted.

In case these document are overwhelming (it was for me at first) in the references below you will find a synopsis of the reports findings. While it’s important to know about this information, maybe you do not want all the details? Maybe you don’t want to wade through the scientific research, information and data that the whole report provides, so having a copy of the Summary For Decision Makers would be the thing to do.

Why are we writing about it here? We believe that for your health, and the future health of your children and grandchildren, you do need to know this information, because what you may not know IS HURTING YOU AND YOUR FAMILY. So here goes…

Over the past decade there have been significant advances in understanding of endocrine disrupting chemicals (EDCs): their numbers, mechanisms of action, biological effects, and impacts on human and wildlife health, the report stated. It also pointed out the while they had originally believed that there was no discernible evidence that EDCs had any negative impact on human health, that is no longer believed to be the case.

“First, as described in the new report (WHO/UNEP 2013), the convergence of wildlife, laboratory animal, and epidemiology data suggests a greater role for EDCs in disease, even more than was predicted just 10 years ago. Taking the animal and human evidence together, the report demonstrates a strong likelihood that exposure to EDCs during fetal life and/or puberty plays a role in the proliferation of male and female reproductive problems, endocrine-related cancers, infections, asthma, obesity, diabetes, and behavioral and learning disorders, including attention deficit/hyperactivity disorder (ADHD).

The incidences of these conditions have increased significantly not only in the United States but across the globe. Because genes do not change fast enough to explain this increase, environmental causes must be involved. The environmental contribution to disease is estimated to be 24–33% of the global disease burden (Smith et al. 1999). Although it is challenging to address the role of the environment in disease, there is also a tremendous opportunity to improve human health by identifying environ-mental elements that affect public health. The recognition of these challenges and opportunities, along with the fact that many diseases are associated with the endocrine system (e.g., infertility, diabetes, breast and prostate cancer) has led to the focus on EDCs.

Second, it is now accepted that development (in utero and the first years of life) is a very sensitive time for EDC-induced health effects (Kortenkamp et al. 2011). Over the last 10 years, the focus of EDC research has shifted from investigating adult exposure and disease outcomes to examining developmental exposure and later-life disease outcomes. This latter approach is now considered the most appropriate approach for most endocrine-related diseases/disorders (U.S. Environmental Protection Agency 2012).

Third, identifying those chemicals with endocrine activity from all the chemicals used and released worldwide is a major challenge, and we are likely assessing only the “tip of the iceberg.” Hundreds of chemicals, as well as persistent organic pollutants, have been identified as EDCs. Unfortunately EDCs are not uniform: having very different properties, sources, and fates in the environment on on sentient beings. Although it may be possible to trace high production volume chemicals, numerous additives and process chemicals are not traceable. Adding to this complexity are the unintended and possibly unknown by-products of chemical manufacturing, including chemicals resulting from combustion, toxicants resulting from the transformation of chemicals after their release into the environment, and internally created metabolites, all of which may increase the number of potential exposures to EDCs in our environment.

Finally, as noted in the 2013 WHO/UNEP report, EDCs are a global problem and will require global solutions. EDCs have contaminated the world via the natural flow of air and water. Several hundred EDCs have been measured in humans and wildlife, even in remote places such as the Arctic. Thus, it is now impossible to examine an -unexposed population anywhere on Earth. To improve health, environmental health scientists and toxicologists need to work more closely with colleagues in endocrinology, genetics, developmental biology, epigenetics, and clinical medicine to bring EDC research into the mainstream of science.

These and other important topics related to EDCs and their effects are detailed in The State of the Science of Endocrine Disrupting Chemicals – 2012 (WHO/UNEP 2013). I commend WHO/UNEP and the scientists who worked for more than 2 years to produce this report. It is an important source of data on EDCs and should be mandatory reading for everyone who is interested in protecting and improving human health.”

A major factor in this ‘chemical issue’ affecting the worlds populations, is that only a small fraction of the hundreds of thousands of synthetic chemicals in existence today (especially those used in the home in everyday activities) have been assessed for endocrine disrupting activity on our body. Add to this the fact that many of the chemicals in everyday consumer products are not easily identified by consumers, (even if listed on the label, which most aren’t), even the scientists can only look at the tip of the iceberg.  As the report sates, we can only examine the effects of single chemicals on the body, when they are combined in everyday products, there is no telling what extra damage can be caused.

This is something that Professor Samuel Epstein has been saying for years, and to paraphrase what he said to me several years ago: “the dangers of our everyday products do not necessarily come from what you read on the label. There are even greater hidden dangers when they are combined together to produce our personal care and household products. You see, these ‘hidden carcinogens’ are not listed on the bottle, they couldn’t be. And even toxicologists are not aware of them, and the unsuspecting public will never know. Then when you add that exponentially multiplied toxic effect, to the outgassing of the plastics carrying these products, you have a chemical cocktail that gives a totally unreasonable risk.”

In fact, Professor Epstein subsequently wrote a book titled ‘Unreasonable Risk’ to highlight some of thee dangers, that people are exposed to every day. Founder of the Cancer Prevention Coalition and award-winning author, Samuel S. Epstein, M.D., whose 1978 book The Politics of Cancer shook the political establishment by showing how the federal government had been corrupted by industrial polluters, wrote Cancer-Gate: How to Win The Losing Cancer War in 2005, a groundbreaking book that is sure to be of equal consequence.

We have been saying this same thing for the past twenty years, having seen and personally experienced the effects that exposure to chemicals have had on the human system. We have now a wide number of trained individuals who are doing the same great service for the public, by way of education and information. Your Savvy Team contacts have most likely made you aware that exposure to toxins is one of the significant causes of the ’21st Century illnesses’ we face today.

Thankfully the solution to this problem is as easy as 1-2-3!

We in the Savvy Team have been leading the way in public education both of the issues and their solutions, for over two decades. 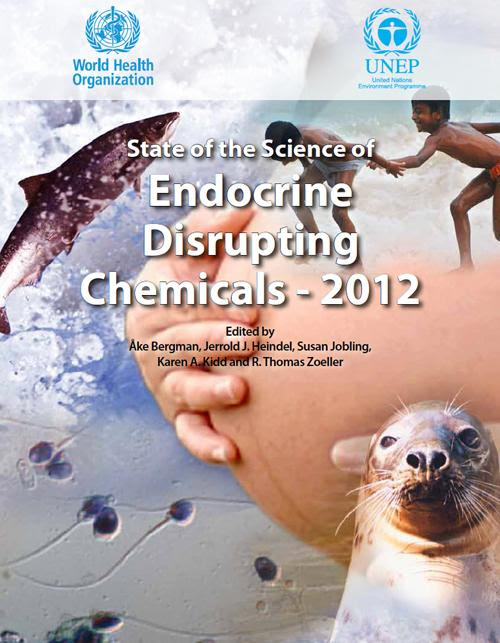 How well informed are you?

Reducing the use of possible EDC’s not only improves your health today, it protects future generations and the planet. But how many are there? Where do they come from? What are the human and wildlife exposures? What are their effects individually over a lifetime of exposure (from conception to death)?

It’s staggering what the general public just doesn’t get to hear through the ‘normal channels’.Yet we’ve been sharing this same message in the Savvy Team for over 20 years!

If you want to know why ‘what we do’ creates a handful of such dedicated advocates for heath education, and why we in the Savvy Team ask for your help in “paying it forward”…  it’s because we know that unless ‘people who care‘ tell you of this sort of information, you will never know. And what you don’t know CAN harm you!

The Savvy Team’s aim is to safeguard the health of men, women and children, by minimising all possible chemical exposures before conception and through gestation, infancy, childhood and adolescence. Our aim is to educate and inform, and to provide safer solutions, and if you haven’t heard our CD What Are The Risks then make sure you ask one of our Savvy Team members for a copy. Plus, help us spread the word, to invite us to do a Wellness It’s Not That Hard talk in your area, contact us at [email protected]

In the Savvy Team, our “Wellness – It’s NOT That Hard” Community Outreach talks are having a dramatic impact on communities everywhere already, as we spread the word about solutions to common health issues and this latest research on EDCs. Despite some of the information we share coming from ground-breaking published studies and from reputable sources such as the World Health Organisation . . .  The State of the Science of Endocrine Disrupting Chemicals – 2012 ,

One thought to “WHO Endocrine Disrupting Chemicals Report – 2012”