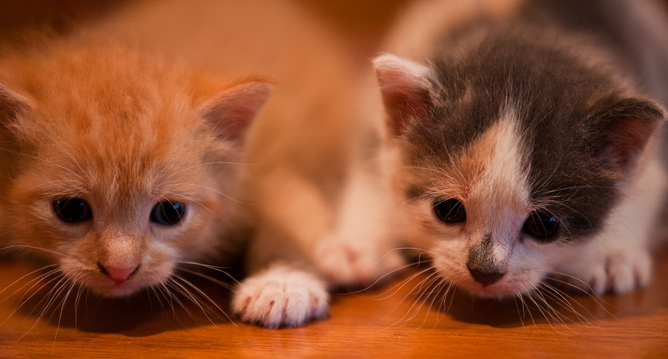 The word epigenetics means things imposed “on top of genetics”. But what sort of things? Imagine a white mouse breeds with a black mouse – say you get three white babies and three black babies. That’s genetics. We can explain that. The black babies inherited a gene encoding the ability to make the pigment melanin, the others got a defective gene, so they are white.

But what if you get some stripey mice like zebras? How do you explain that? All parts of the mouse have the gene that can make black fur but the blackness only occurs in some places. Think of dalmatian dogs, or of giraffes or leopards. Genetics can explain a black or white cat in a litter, but what about a stripey cat?

Epigenetics is about turning genes on or off. It’s also about doing this stably; a leopard doesn’t change its spots even if it sheds its fur each year. So epigenetics is about stable cellular memory that persists after cell division and, in some cases, even through sexual reproduction.

Epigenetics, then, concerns the mechanisms that make organisms or parts of organisms look different, despite the fact they have the same genes and are in the same environment. [EDITOR’S NOTE: For further reading download the Article Beyond DNA: Epigenetic’s]

The beginning of epigenetics

Epigenetics is also involved in regulating genes at different times.

Episodes of disease are a relevant example. Recently, there was an interesting article on this site about herpes. That disease is caused by a virus that infects nerve cells. When the virus is inactive and its genes are not expressed, there are no symptoms. But, for reasons that are not fully understood, the virus occasionally comes alive, its genes are expressed and symptoms occur.

This example is interesting because it reflects some of the earliest work on epigenetics. Researchers worked on viruses called bacteriophage, which infect bacteria. The viral DNA integrates into the bacterial genome. If it is active, the virus expresses its genes, which make more viruses, and the cell bursts, releasing viral progeny. But sometimes, the viral genes remain unexpressed. The bacteria can divide and multiply for many generations, all the time carrying their deadly viral cargo, but the viral genes are not expressed.

Then, eventually, the virus may awake, express its genes, make progeny, and burst the cell.

These patterns of viral genes being on or off – sometimes for eons in terms of bacterial generations – fascinated early geneticists, such as Francois Jacob, Jacques Monod, Francis Crick and Mark Ptashne, who was once the head of biochemistry at Harvard.

The viral genes were not changing – the virus progeny were the same when they burst from the cell. But the expression of the genes was changing – off then on. There was some sort of change in state that could be inherited.

If the genes were not changing by mutation, then something on top of the genetics was changing – there was a change in epigenetic state.

Similarly, the white stripes in the zebra are not thought to be due to mutations. Something has settled down on top of the gene and silenced it – in some places or at some times and not others. What could this be?

The answer is a repressor, such as a DNA-binding protein. At Harvard, Mark Ptashne identified the first repressors.

Today Keith Shearwin and colleagues at the University of Adelaide continue this work and have mathematical models elegantly describing how complex control circuits of repressing or activating DNA-binding proteins with different binding affinities and half-lives can explain the stable epigenetic states of bacterial viruses.

When humans and plants were studied, another mechanism associated with epigenetic control was observed. This new mechanism is fascinating and widespread. And it appears to be displacing the original broader definition.

The methyl groups are either attached to the DNA itself – this mostly leads to silencing of the gene – or to proteins that coat the DNA, called histones. The patterns of marks can be stable over time and the DNA marks at least can be replicated, so epigenetic states can affect parts of the organism for life or can even cross generations.

But there is some controversy here because it is not certain that histone marks can be directly inherited when a cell divides or when a new organism is formed via sexual reproduction. It seems more likely that DNA-binding proteins or functional RNAs resident in the cell are involved in re-establishing the epigenetic marks in each new daughter cell.

A recent commentary on epigenetics in the Proceedings of the National Academy of Sciences (PNAS) triggered two spirited responses, one in PNAS and one in Current Biology.

The reason was simple: enthusiasm for the histone code – the modification of proteins coating DNA – was obscuring the usual view that feedback loops generated by DNA-binding transcription factor proteins, and their allies functional RNAs, are the primary mediators of stable patterns of gene expression.

The important point that the review in PNAS failed to acknowledge was that epigenetics isn’t just about methylation, it’s more about control proteins and RNAs laying down the methylation marks.

So why is epigenetics so exciting and controversial?

The field attracted public attention in part because it provided a mechanism for Lamarckian inheritance. The idea that we can learn from our environment and pass characteristics to our offspring has long been popular but the understanding of modern Darwinian mechanisms left little room for such ideas.

But in some special cases, acquired characteristics, such as viral infections or epigenetic marks imposed by DNA-binding proteins that respond to the environment, could be passed from one cell to its offspring. The total contributions of such mechanisms to human biology are not known. And while most researchers would consider them small, there are others who are invigorated by the possibilities.

Epigenetics and the inheritance of stable states is important in normal development, in disease, in ageing and in explaining wondrous things such as zebra’s stripes and butterflies’ wings. Research in the broader world of epigenetics will provide fascinating and important insights for many years to come.

Merlin Crossley receives funding from the University of New South Wales, the Australian Research Council and the National Health and Medical Research Council. This article was originally published at The Conversation. Read the original article.

Editor’s addition to the above article . .  .

…. but what about “Epigenetics and Nutrition”?

It’s now been proven scientifically, what many natural therapists and those in preventative medicine have known for decades: nutrients can reverse or change epigenetic phenomena such as DNA methylation and histone modifications, thereby modifying the expression of critical genes associated with physiologic and pathologic processes, including embryonic development, aging, and carcinogenesis.

It appears that nutrients and bioactive food components can influence epigenetic phenomena either by directly inhibiting enzymes that catalyze DNA methylation or histone modifications, or by altering the availability of substrates necessary for those enzymatic reactions. In this regard, nutritional epigenetics has been viewed as an attractive tool to prevent pediatric developmental diseases and cancer as well as to delay aging-associated processes.

In recent years, nutritional epigenetics has become an emerging issue in a broad range of diseases such as type 2 diabetes mellitus, obesity, inflammation, and neurocognitive disorders. Although the possibility of developing a treatment or discovering preventative measures of these diseases is exciting, unfortunately the current medical knowledge in nutritional epigenetics is (acccording to the scientists) limited.

While pharmaceutical companies spend billions on further studies to expand their available resource through drugs and patentable and perhaps dangerous counterparts, allopathic medicine continues to plough ahead in solving peoples health problems naturally.

These proponents of wellness better understand the use of nutrients and bioactive food components for maintaining our health and preventing diseases, as science struggles to catch up through modifiable epigenetic mechanisms.

EDITOR: Here is another article on Epigenetics – Beyond DNA: Epigenetics and we have much more written about the subject within the Savvy Team private site, so make sure you ask us or whoever sent you to this site for more information on this important topic. If you are a member of the Savvy Team, check out Epigenetics: Why Your DNA Isn’t Your Destiny