Research has long suggested that red wine has protective ingredients. These include antioxidants such as resveratrol, and certain polyphenols and tannins.

An important point in making red wine is that the fermenting ‘must’ – consists of juice, skins, AND seeds. As a result, the higher antioxidant value of red wine, is determined by the constituents extracted from skins AND seeds in addition to those present in the juice.

Proanthocyanidin, a compound found in the seeds of grapes, is said to be far more protective than red wine itself. (A shame – but true!)

Yes, the much-touted health benefits of red wine come from the presence of proanthocyanidins! Taking GSE as a supplement allows you get all the benefits of the of red wine without the hangover and damaging effects of too much alcohol consumption.

After reading this article, you’ll probably stop throwing away the seeds when eating grapes!

An even better choice – would be to include a supplement that contains Grape Seed Extract as part of your daily regimen. Many of our Community members swear by this practice and the positive impact it had had on their overal health and wellbeing.

How this by-product of winemaking could help YOU slow ageing, prevent illness and feel your best!

END_OF_DOCUMENT_TOKEN_TO_BE_REPLACED 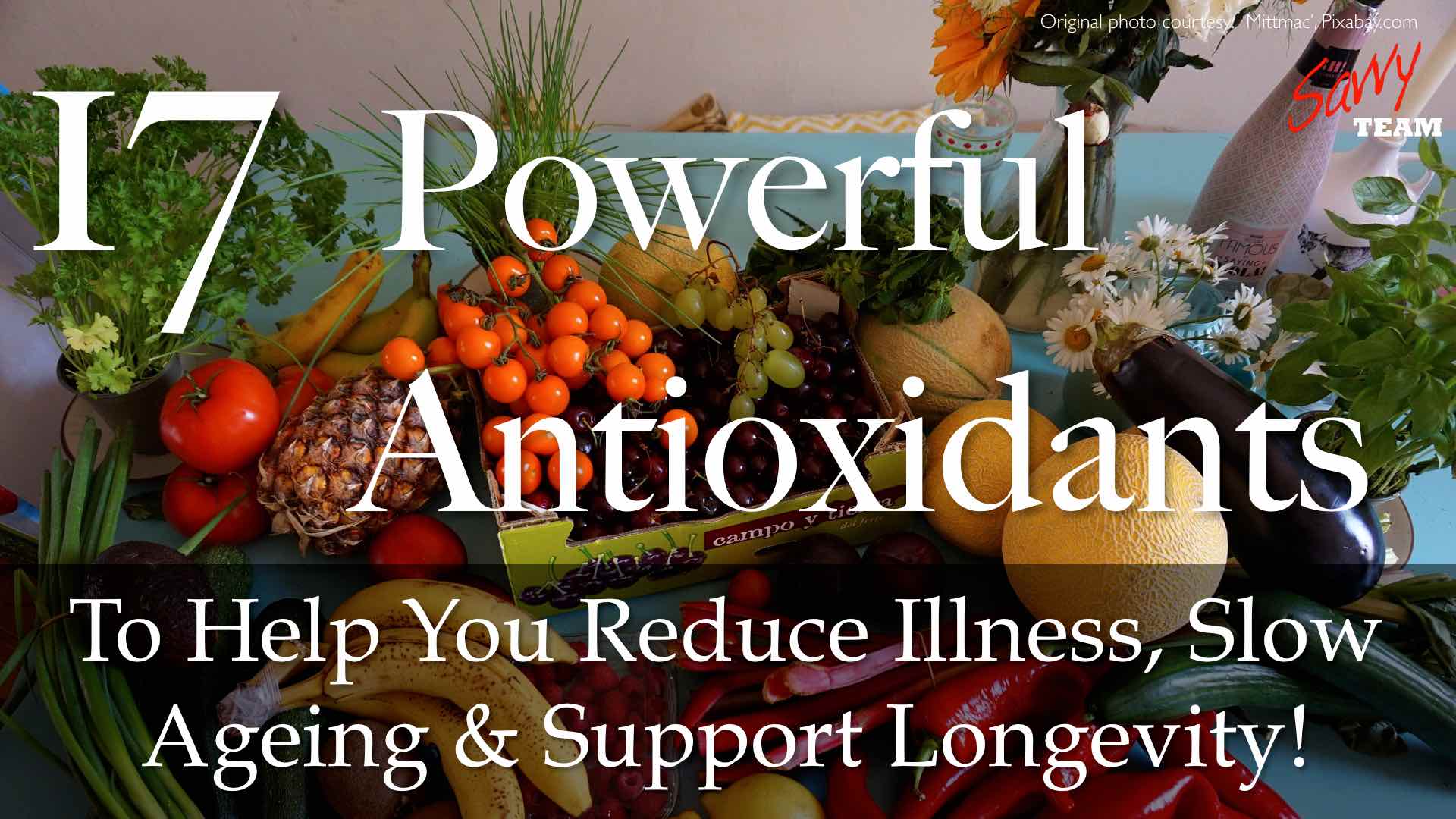 “Load Yourself to the Eyeballs with Antioxidants & Vitamins”, says Cardiologist Dr Ross Walker.

One of the most plausible explanations for the events that surround ageing and disease is the accumulation of  ‘free-radicals’. Free-radicals are destructive molecules and are an inevitable by-product of living in the world we live in, subjected to pollutants everyday.

In 1956 Dr Denham Harman, one of the pioneers of anti-ageing medicine, proposed the free-radical theory of ageing. Dr Harman came to view ageing as simply a ‘disease’ caused by the destructive effects of free-radicals.

Free-radicals are the by-product of many different sorts of pollution. Things such as radiation, pesticide, chemicals, alcohol, tobacco, and lots of things of that type all cause metabolic breakdown of the tissue. Free-radicals are incomplete molecules that just go looking for electrons to make themselves complete. When they are in quantities too large for the body to deal with, they continually destroy healthy cells in the body, rendering them unable to carry out their role normally.

This process is a natural part of our physiology and a natural process in nature itself. We’ve all seen it, when we see metal – rust, rubber – crumble, or even cut an apple and see it go brown. We mostly know however, that if we put lemon juice (containing the antioxidant, Vitamin C) on the apple, it stops it from browning. We wrote back in 2010 about what antioxidants are and what they do for you, but what else do the experts say?

As with the apple, free radicals do a similar thing in your body at the expense of your cell membranes. They ‘turn it brown’, a result which as cell membranes fall apart causes your system to become sick. With continual bombardment from excess free radicals, the cell’s DNA is damaged, causing metabolic breakdown of our internal tissue and organs. This is a major part of ageing and degenerative disease in both our external appearance and our internal physiology.

Free radical damage has been medically linked to: END_OF_DOCUMENT_TOKEN_TO_BE_REPLACED

A free radical is the by-product of the reaction of many common chemicals and poisons with oxygen. This creates an unstable chemical that travels around the body, ripping out electrons and setting you up for many common diseases that afflict our modern society.

The ingestion of saturated fat, refined sugars, the use of cigarette smoke, exposure to pollution and the numerous day-to-day chemicals either in our foods or applied to our body in some form, not to mention cosmic radiation and other sources of radiation, are potent generators of free radicals.

The only methods available to us to reduce this free radical attack on our bodies are to markedly reduce our exposure to these chemicals and to load ourselves to the eyeballs with antioxidants.  In reducing our exposure to chemicals that generate free radicals, we should not only look at the obvious sources, such as the food we eat and the air we breath, but also the many products we take for granted when we apply them to our body. This includes soaps, deodorants, hair and skin products. We should always be striving to use the more natural products. The second way to neutralise free radicals, however, is the use of antioxidants.

Here’s 5 great sources of Antioxidants according to Dr Ross Walker . . .

END_OF_DOCUMENT_TOKEN_TO_BE_REPLACED 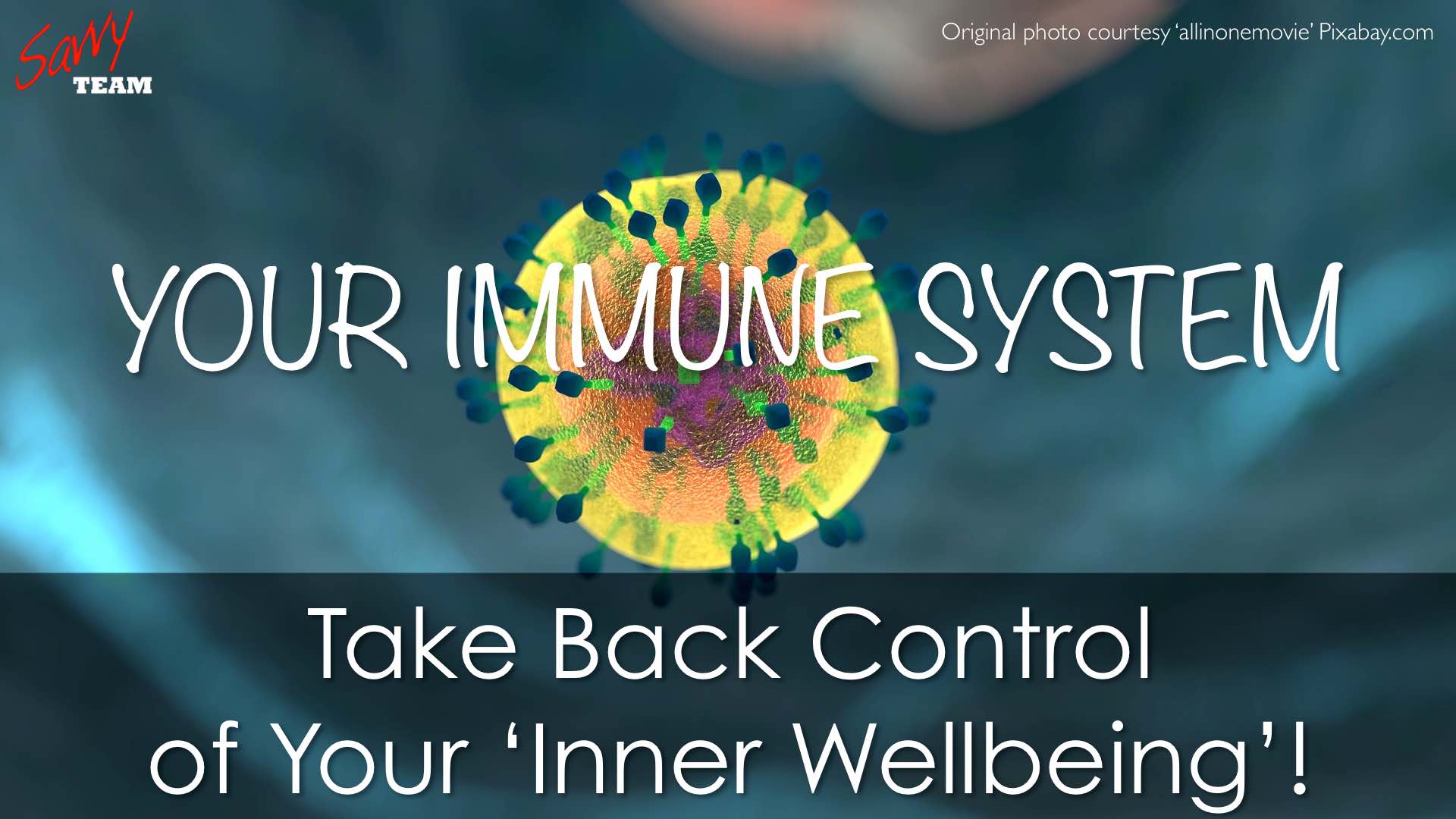 Your immune system is a complicated, interesting and amazing system which helps keep you healthy and strong, protecting your body from environmental stressors.

The immune system is a network of organs, tissues and cells that helps to defend the body from invading viruses and micro-organisms that may bring on illness.

We make choices every day that effect our immune system and our health — the foods we eat, the exercise we get (or don’t get), the nutritional supplements we take, our unwitting exposure to harmful chemicals, our mental attitude, whether or not we smoke, etc.

Other factors, such as age and heredity, also play a part but their role is much less important than the part we play in our lifestyle choices. What we eat and drink and how we live are the key factors in keeping our immune system running at optimal capacity.

The Savvy Team have some amazing recommendations that seem to make a huge difference to immunity. END_OF_DOCUMENT_TOKEN_TO_BE_REPLACED