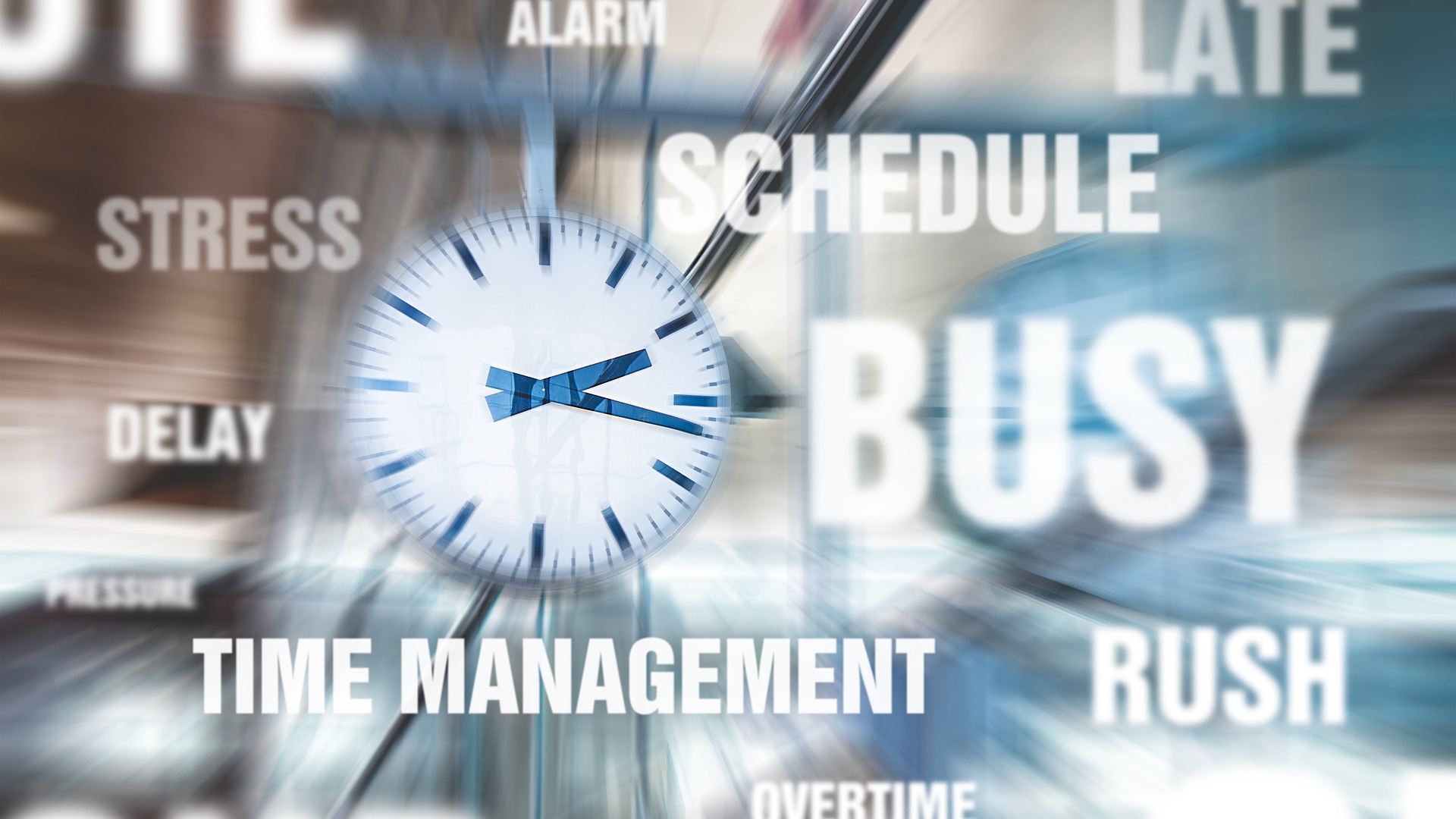 Stress significantly impacts your health, and mostly in negative ways—increasing the risk of heart disease, contributing to weight gain and even causing insomnia and depression.

As if that isn’t bad enough, there are a few surprising health setbacks caused by high levels of stress, such as a weakened immune system in children and even the progression of skin cancers.

Long-term exposure to stress can lead to even more serious health problems. Chronic stress disrupts nearly every system in your body. It can raise blood pressure, suppress the immune system, increase the risk of heart attack and stroke, contribute to infertility, and speed up the ageing process.

Long-term stress can even rewire the brain, leaving you more vulnerable to anxiety and depression.

So What is Stress?

Stress is the feeling of being under too much mental or emotional pressure. Pressure turns into stress when you feel unable to cope. Modern life is full of hassles, deadlines, frustrations, and demands. For many people, stress is so commonplace that it has become a way of life, and therein lies the problem.

Stress isn’t always bad. In small doses, it can help you perform under pressure and motivate you to do your best. But when you’re constantly running in emergency mode, your mind and body pay the price. You can protect yourself by recognizing the signs and symptoms of stress and taking steps to reduce its harmful effects before it escalates into full-blown depression.

The body doesn’t distinguish between physical and psychological threats. So when you’re stressed over a busy schedule, an argument with a friend, a traffic jam, or a mountain of bills, your body reacts just as strongly as if you were facing a life-or-death situation. If you have a lot of responsibilities and worries, your emergency stress response may be “on” most of the time. The more your body’s stress system is activated, the harder it is to shut off. You might not always be near a psychiatric centre, and so, it pays to memorise some Stress Relief Techniques for you to implement, in case your anxiety surfaces.

Stress can affect how you feel, think, behave and how your body works. In fact, common signs of stress include sleeping problems, sweating, loss of appetite and difficulty concentrating. You may feel anxious, irritable or low in self-esteem, and you may have racing thoughts, worry constantly or go over things in your head. You may notice that you lose your temper more easily, drink more or act unreasonably. You may also experience headaches, muscle tension or pain, or dizziness.

Stress causes a surge of hormones in your body. These stress hormones are released to enable you to deal with pressures or threats – the so-called ‘fight or flight’ response. Once the pressure or threat has passed, your stress hormone levels will usually return to normal. However, if you’re constantly under stress, these hormones will remain in your body, leading to the symptoms of stress.

Depression has many possible causes, such as genetics, brain chemicals, and your life situation. Chronic stressful life situations can increase the risk of developing depression if you aren’t coping with the stress well. There’s also increasing evidence of links among poor coping, stress and physical illness.

‘Unhappiness’ is more a state of mind to do with a person’s perspective of the world, whereas general depression is more than unhappiness, and chronic stress can be a major contributor.

While a bit of stress is normal, acute stress can cause health problems, such as headaches and high blood pressure and could even be a precursor to depression as previously suggested. In addition to feeling low and being unable to cope, sleeping and eating patterns may be disrupted, and the way you interact with friends might have changed.

In someone who is stressed, this will last only a few days . . . however, depression can be all-consuming and can be long-lasting. If stress leads to feelings of unhappiness that last for a few weeks – perhaps you have started to use alcohol to cope – you could be suffering from depression and need to seek your GP’s advice.

Given that stress is the body’s response to any demand, whether we choose to admit it or not, some additional support may be required and herbs and other nutrients can come to the rescue!

On Oct 8, 2008, the herbal remedy St John’s Wort was reported as being “as good at lifting depression as drugs like Prozac”, the Daily Express reported. It said that scientists had pooled data from 29 studies that compared the effect of the plant Hypericum perforatum to placebos and anti-depressants in treating people with depression.

The Daily Mail said this was the most thorough study of St John’s wort yet, and found it not only to be just as effective as Prozac, but to also have fewer side effects. This systematic review and meta-analysis is the most reliable evidence of the effects of St. John’s Wort for major depression to date. The findings – that it is more effective than placebo and the same as standard antidepressants (albeit safer) – apply mainly to people with mild to moderate depression. The authors (Doctors Linde, Berner and Kriston) say that for severe major depression, the evidence is ‘still insufficient to draw conclusions’.

While there are many reports for and against St John’s wort, here is an article St John’s Wort Really Does Beat Depression that Professor George Lewith wrote for the Daily Mail. If you want more information on how to get hold of one of the best herbal formulas in the market, make sure you contact the Savvy Support person who sent you to this site.

“I have found St. John’s wort to be effective in treating depression associated with my anxiety. It does a great job of “lifting” the burden of depression and elevating my mood. It works mildly, so it probably wouldn’t work very well for severe depression. For the chronic mild depression I experience, it works well. I had not noticed any lessening effect on my anxiety, however I did notice that this lessened when I went on the Savvy Team’s recommended nutritional program. I realised then that much of my anxiety resulted from a lack of some of the basic, necessary nutrients, even though I thought I was on a very good diet, and perhaps even contributed to my depression.” M O 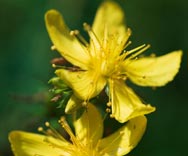 There is a wonderful little yellow flower that has been bringing calm into peoples lives for thousands of years, and that’s commonly known as St John’s wort. More recently (at least in the last 100 years), in medical circles, the compound Hypericin was isolated from St. Johns wort (1942) and has been used for many years as an anti-depressant for emotionally disturbed people. Apparently it is currently one of the most widely used herbs in the United States.

Hypericin can be produced either synthetically or as an extract of St John’s wort, although the natural extract had been shown to be less harmful (and perhaps more effective) over long term use. The tranquilizing quality from small quantities of hypericin from St Johns wort increases blood flow to stressed tissue. There is a reduced capillary fragility and enhanced uterine tone due to the increased hypotensive blood flow.

Studies on hypericin have shown that it works on certain types of cells to increase the amount of serotonin and dopamine. Because of its ability to increase dopamine (which can raise blood pressure), products containing hypericin should be used with caution in patients with high blood pressure.

Studies suggest that St. John’s wort has significant amounts of hyperforin and hypericin which may raise the release of neurotransmitters (dopamine, norepinephrine, and serotonin) that modulate brain signals between cells and play an important role in the optimal functionality of our nervous system. There are countless reported benefits of St. John’s Wort for all sorts of health conditions from gut disturbances to anxiety and depression.

Hypericin in St. John’s Wort may also be capable of inhibiting a bodily chemical, monoamine oxidase, which is associated with anxiety and depression. As a result, this herb may induce the sense of well being which can help with mild to moderate depression, mood swings, wintertime blues, low energy levels, and chronic fatigue.

St. John’s Wort is famous for its anti-depressant activity. It is the number one treatment for depression in Germany and has been extensively studied by Commission E, the scientific advisory panel to the German government. It contains several chemicals, including hypericin, hyperforin, and pseudohypericin, which are thought to be the major sources of antidepressant activity. If you are a member of the Savvy Team, check this post out for our recommendations – More Reasons To Stress Less.

Related Post: For how your indoor and outdoor pollution can also affect your health, read Stress And Depression At An All-time High

If you have questions, feel free to Message Us via Facebook Messenger.

For $10 discount off your first order of our recommended supplement for Stress  – simply message us or your Savvy Team contact and ask!

As a registered member of the Community, you can also see more details on this topic within the private site

Not a Community Member? Our Wellness Community provides detailed information, courses, step-by-step action plans, and community support – all designed to ‘fast-track’ your journey to the results you seek in health and lifestyle improvement.

Normally, annual access is $97, however as a client of the Savvy Team, you’ll receive FREE access. Request an invitation today!

Note: Content on savvy-team.com/hww is for informational purposes only. We do not provide any medical advice, diagnosis or treatment. The above cannot be construed as medical advice. Individuals who have been diagnosed with a health-related condition must always seek medical advice before adjusting medication or other programs.