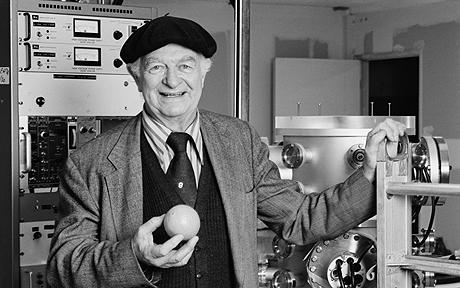 We’ve been proving it to people, and helping them prove it to themselves for many decades now. The reason most people don’t take notice in the first place is because they think health is complicated, that it’s difficult to be healthy. That staying well requires a discipline that they do not have. What about you . . . what do you think?

The fact that you are reading this blog is your first step towards improvement. Your next actions will determine how much you decide to be in charge of your life, your health, your wellbeing. We believe that there are two fundamental causes of disease that you can take immediate steps to rectify, (you can have a look at those here: excessive toxicity and nutritional deficiency). Our options for weight management, detoxification and optimal wellness are just as simple. And we are just really reporting the news.

There are many, many people much smarter than us, who have said exactly what we have proposed. For instance, over the last seven or eight decades, two-time Nobel Prize winner, Dr Linus Pauling (the only person in history to be awarded 2 unshared Nobel prizes) has been saying: “You can trace every sickness, every disease and every ailment to a mineral [a nutrient] deficiency” Pauling originated the concept of molecular disease in 1945.  Pauling coned the term ‘orthomolecular’ medicine for the “correcting of imbalances or deficiencies based on individual biochemistry” by use of substances natural to the body, such as vitamins, minerals, amino acids, trace elements and fatty acids.

This is the view that the Savvy Team hold, and we have seen the benefits or applying the principles Pauling espouses on people’s health for decades. We believe in his research, we’ve seen the proof of it ourselves, especially in relation to orthomolecular medicine.

Orthomolecular medicine is a form of complementary and alternative medicine aimed at maintaining health through nutritional supplementation and it’s based on the assertion that there is an optimum nutritional environment in the body and that diseases reflect deficiencies in this environment. It’s a philosophy that’s about preventing disease and improving your health and vitality! Now while everybody thinks they are interested in doing this, only a fraction of the population are willing to make the many small changes every day, that will take them in the direction of good health, rather than spiralling rapidly into disease. Are you?

Who Is Linus Pauling?

Linus Pauling was a multifaceted genius with a zest for communication. For years he was probably the most visible, vocal, and accessible American scientist who made his research and discoveries easily available and understandable to the general public. A black beret worn over a shock of curly white hair became his trademark, along with a pair of lively blue eyes that conveyed his intense interest in challenging topics. He was a master at explaining difficult, even abstruse, medical and scientific information in terms understandable to intelligent lay persons. Much of Pauling’s lifework combined the dedication and knowledge of the scientist with a deep commitment to humanitarianism that espoused his own operating ethical principle of the “minimization of suffering.”

When Pauling died on Aug. 19, 1994, the world lost one of its greatest scientists and humanitarians and a much respected and beloved defender of civil liberties and health issues. A remarkable man who insistently addressed certain crucial human problems while pursuing an amazing array of scientific interests, Dr. Pauling was almost as well known to the American public and the world at large, as he was to the world’s scientific community. He is the only person ever to receive two unshared Nobel Prizes — for Chemistry (1954) and for Peace (1962).

On April 18, 1985, Pauling was interviewed by the Chigago Tribune, in his office in the Linus Pauling Institute of Science and Medicine, across a highway from the Stanford University on the peninsula south of San Francisco. The interviewer noted, at 85 a 6-foot tall maverick, Pauling was “Still full of vim, vigour and Vitamin C.” In the interview Pauling dismissed his antagonists saying, “It`s just the medical establishment misbehaving,” he says with a frown, tapping his fingers on a cluttered desk in the middle of his windowless office packed with books, molecular models and mementos. “I don’t enjoy controversy but it irritates me when people reject conclusions that seem to me to be clearly true”

What Are Linus Pauling’s Credentials?

After Pauling entered the field of chemistry as a professional in the mid-1920s, his work, grounded in physics, has affected the work of every chemist. He is also often considered the founding father of molecular biology, which has transformed the biological sciences and medicine and provided the base for biotechnology. He wrote numerous articles and books for the general public — on science, peace, and health. Popular books in which Linus Pauling detailed his nutritional recommendations are Vitamin C and the Common Cold, Cancer and Vitamin C (with Ewan Cameron, M.D.), and How to Live Longer and Feel Better. He was perennially sought as a speaker for conferences, political rallies, commencements, and media programs.

At the same time, Linus Pauling produced a multitude of scholarly scientific papers on an astounding variety of subjects in numerous research fields. Of the over 1,000 articles and books he published as sole or joint author, about two-thirds are on scientific subjects. His landmark book The Nature of the Chemical Bond is frequently cited as the most influential scientific book of the 20th century.

Linus Pauling was never reluctant to inspire or enter into controversy by expressing unorthodox scientific ideas. He took professional and personal risks that most of his colleagues avoided. Steadfast and stubborn, yet rarely losing his cheerful equilibrium, he continued on his chosen and sometimes solitary path as a visionary of science and a prophet of humanity. Over the seven decades of his scientific career, Pauling’s research interests were amazingly wide-ranging and eclectic. He made important discoveries in many different fields of chemistry — physical, structural, analytical, inorganic, and organic chemistry, as well as biochemistry. He used theoretical physics, notably quantum theory and quantum mechanics, in his investigations of atomic and molecular structure and chemical bonding.

He ventured into metallurgy and mineralogy through the study of atomic structures and bonding of metals and minerals and, with his colleagues, published the structures of hundreds of inorganic substances, including topaz and mica. In both theoretical and applied medicine he made important discoveries in genetic diseases, hematology, immunology, brain function and psychiatry, molecular evolution, nutritional therapy, diagnostic technology, statistical epidemiology, and biomedicine. In 1939 Pauling brought together his work on many subjects in his definitive book The Nature of the Chemical Bond and the Structure of Molecules and Crystals, which became a classic and was translated into many languages. Its third edition appeared in 1960 and has remained in print to this day. The original handwritten manuscript was given by a former student of Pauling’s to the Linus Pauling Institute of Science and Medicine and is now part of the Ava Helen and Linus Pauling Papers in the Valley Library at Oregon State University.

Pauling’s interest in molecular structure continued throughout his long career, and the theoretical calculations involved gave him great joy. And though in later years he was primarily involved in biomedical research, his curiosity often impelled him to identify the intricate structures of many clay minerals, transition metals, intermetallic compounds, and other substances. In 1992 he was awarded one of his last patents, but he lived his whole adult life dedicated to understanding how to optimise the body’s natural functions.

Physiology and Health a Lifelong Pursuit

Pauling’s involvement with human physiology and health, which dominated the last three decades of his research career, had long precedents that reached back many decades into his early career. During the mid-1930s a significant part of his research, generously funded by the Rockefeller Foundation, moved into biochemistry — a field he had previously avoided — as he became increasingly interested in the highly complex molecules within living organisms. Applying techniques used in earlier diffraction studies to biological compounds, he now sought to understand the structure of proteins.

In 1934 he investigated the magnetic properties of hemoglobin, the oxygen-carrying molecule in red blood cells. He then studied the roles of antigens and antibodies in the immune response, one aspect of the important phenomenon of specificity in biochemical interactions. In 1940 he made the novel proposal that this specificity is achieved through molecular complementariness, which he regarded as the secret of life. The concept — involving a “hand-in-glove” fit of one molecule against or into another molecule that has a shape complementary to the first — was tested in his laboratory over the next 10 years by means of numerous serological experiments, yielding results published in no less than 34 scientific papers.In 1946 Pauling postulated that the gene might consist of two mutually complementary strands — a concept anticipating Watson and Crick’s discovery of DNA structure seven years later.

It was during this time that Pauling originated the concept of molecular disease and orthomolecular medicine – the treatment of disease with nutritional substances. We’ve since seen countless examples of people who have proven his philosophies to be true in their own lives, by applying our Savvy Team 90-nutrient philosophy. In fact, if you’ve not heard our CD How Low Can You go, please ask your Savvy team member for a copy.

Following humbly in his footsteps, the Savvy Team talk extensively about orthomolecular medicine in our Wellness It’s Not that Hard talks. Committed to educate the public by way of free outreach educational seminars, we in the Savvy Team explain what Pauling espouses, and show you how you can create health in your own life, as his decades of research and his philosophies proved. The Savvy Team provide simple savvy strategies for a healthier home, healthier finances and an all round healthier life. If you’d like to have us do a Wellness It’s Not That Hard talk in your area, please talk to your Savvy Team support person, and we’d be happy to do one for you. Contact us if you want to know more [email protected]