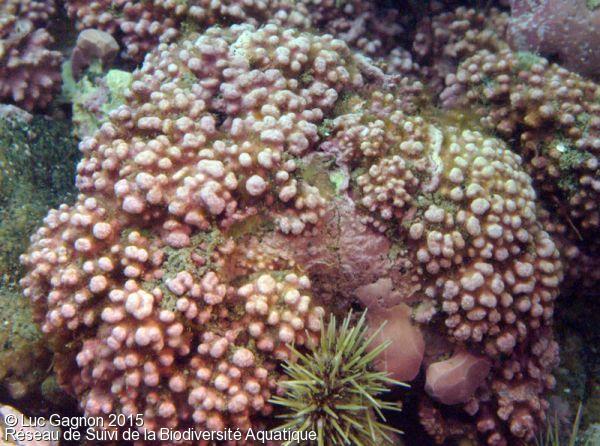 After doing one of my daughters hair analysis recently, I discovered that she was low in Boron. Investigating this element, I discovered some important facts about this essential nutrient that showed why a series of apparently unrelated health issues had arisen. Oh the wonders of our physical body!

A little reading and research showed just how amazing this mineral really is for the human body. Boron is a trace mineral, and like all trace elements is essential to human health. Again like all other minerals, Boron must be obtained from one’s diet or from supplementation. And like the other trace elements, we only require it in small – trace amounts.

While I rarely come across a multi vitamin / mineral capsule that contains Boron, I am thrilled to say that the one the Savvy Team recommend does, either via Dunaliella salina or Fucus vesiculosus. So I wondered why she was having challenges with signs of deficiency, until I discovered just how important it is in keeping fungi such as candida at bay. As my daughter had been on long-term antibiotics for ongoing dental problems, I began to connect the dots.

This nutrient recently gained popularity after researchers found that it helps the bones use calcium, with the highest concentration in the human body in the parathyroid gland, bones and dental enamel; however it provides many other important activities in the body. For instance increased boron levels in the soil have been associated with a lower risk of osteoarthritis.

If boron occurs in sufficient levels in the soil in which food is grown, the mineral will be in abundance in whole foods, such as apples, grapes, nuts, legumes, and leafy greens.

According to an archived article from the Borax Pioneer Magazine, 2001 In The Green, there seven elements that are the unsung heroes of the plant world. Boron is one of them. Their article discusses these seven minerals that perform unidentified, and at the cellular level so we don’t see them working. Nevertheless, they have an enormous impact not only on plants’ – but on every other living being on the planet’s survival.

So what is a good supplemental form of Boron?

You only need about 1 mg of boron daily from your diet, but 3–5 mg may be more helpful as a supplement, particularly for the elderly. Trace minerals occur in the soil, in plants, foods, and in your body at much lower levels than the macrominerals, so they become more easily depleted.

In ‘Vitamins For Dummies’ Christopher Hobbs and Elson Haas explain just how important Boron has been shown to be for our general wellbeing. Early this century it was proven an essential element for plants however there is now strong evidence that it is also absolutely essential for humans, it’s chief purpose being assisting the uptake of other minerals.

A natural seaweed (Lithothanium spp) is harvested from the sea bed mainly off the South West Coast of Ireland. Here amongst what is said to be the cleanest and purest waters found in the world, grows the small red seaweed Lithothamnium, composed of a wide variety of body essential nutrients including calcium, magnesium, boron and zinc.

This seaweed is used by only a few companies in supplemental form, sourced from the hard and brittle coral-like structure it grows into. Local tide patterns deposit the seaweed in large deep beds. The material is dredged from the ocean floor, washed thoroughly in fresh water and the highest quality fraction is separated to be taken to food facilities for production. When given to animals with treatment-resistant diarrhea, it will absorb water and normalize bowl movements.

Another plant food rich in boron is Dunaliella salina, arguably the most nutrient dense food source known to man. On a gram per gram basis, Dunaliella salina can contain more than twice the chlorophyll of Spirulina, 8 times the mineral content and over 6,000 times the antioxidant content of that well-recognised plant food, and a host of health benefits. Fucus vesiculosus is another ocean sourced plant that has an equally impressive range of benefits.

Plant foods such as fruit, vegetables, soybeans and nuts are rich sources of boron but the level in food depends on the soil in which it is grown. Wine, cider and beer also contain significant amounts of boron.

What Boron does in the body?
Boron seems to be not only  essential for healthy bone and joint function, possibly via effects on the balance and absorption of calcium, magnesium and phosphorus 1, but also for the body to utilise these minerals. It seems to affect cell membranes and the way signals are transmitted across these membranes. Boron may also play a role in improving arthritis, plasma lipid profiles, and brain function.

Boron affects the metabolism of steroid hormones and may also play a role in converting vitamin D to its more active form, thus increasing calcium uptake and deposition into bone. Boron also increases male sex hormone levels. Along with a whole swag of other benefits, Boron protects the body from a host of parasitic attacks such as Candida Albicans and other nasty fungal infections. Women sometimes use capsules containing boric acid, the most common form of boron, inside the vagina to treat yeast infections.

When deficiencies occur — and deficiency is much more common than toxicity — important metabolic functions like blood sugar regulation, or specific substances and enzymes in the body, will not work properly. Boron deficiency seems to affect calcium and magnesium metabolism, and affects the composition, structure and strength of bone, leading to changes similar to those seen in osteoporosis. 2 This is likely to be due to decreased absorption and increased excretion of calcium and magnesium.

Some diseases, specific activities, foods, and even some drinks can increase your risk of trace mineral deficiency. Diseases and conditions to watch out for include parasitic infections, ulcers and diverticulitis (with chronic blood loss), liver disease, burns, chronic inflammatory bowel disease, and weak digestion. Remember, too, that if you live in a hot climate or are physically active, excessive sweating and taking diuretics can increase the loss of many trace minerals.

Other Info on Boron:

3 Nielsen FH Studies on the relationship between boron and magnesium which possibly affects the formation and maintenance of bones. Magnes Trace Elem, 1990, 9:2, 61-9