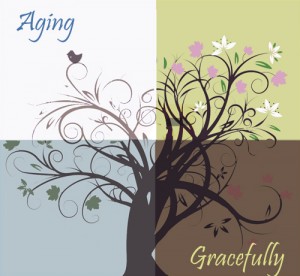 These days, what’s more important than your chronological age is your biological age, which is calculated by looking at a number of parameters that measure your cognitive function, cell and tissue function and physical structure of the body, and compare them with healthy young adults. Age is definitely not just a number. Dr Anu Arasu (Bio-Identical Hormone Replacement Integrated Medicine) says it has been discovered that all the biomarkers of age are closely linked – whether it be hormone levels, gut, heart or liver health, ageing skin or one’s immune system function. The function of our whole body affects it’s ability to regenerate, and thus to prevent unnecessary premature ageing.

The signs of ageing are most visible in the skin, but its a misconception to think that this is the only effect of ageing on our body. As we age most of us feel the other signs, achy joints, breathlessness, stiffness, pain just to name a few.

Many people take these symptoms ‘of old age’ for granted, and indeed your doctor may well tell you that it is to be expected. But just as it’s a misconception to think that hormones are just responsible for our sex lives and reproduction, so it is a misconception to believe that it is ‘normal’ to end up with blood sugar, cholesterol, or other problems such as heart disease or cancer.

Hormonal changes are an important part of ageing, and the hormone theory of ageing believes that these changes eventually cause multiple effects of ageing. Whether they control the pace at which ageing happens or are a consequence of other changes in the body is currently medically unknown, but it’s been proven that when you work wholistically on improving the general function of your body, you begin to not only look and feel better, your bio-markers of age all improve as well.

Take the skin: up to the age of 30, skin naturally renews itself every month or so. But as our hormones start to decline, the interval between skin dying and new skin being produced is prolonged. Another example? The loss of lean muscle mass and its replacement with the middle aged spread. Yup, gentlemen, that male mid-life crisis really is the fault of your hormones. Your hormones do control everything to do with your vitality, which is why, when they decline, you end up with a lot more to deal with than just decreasing fertility.

The endocrine system is made up of organs and tissues that produce hormones. Hormonal decline is responsible for loss of energy and muscle strength, sleep disorders, thinning bones, a decline in blood lipid balance and heart health, and a decline in memory. Hormones are responsible for repairing and regulating body functions, and ageing is a result of a decline in the body’s ability to repair itself. Dwindling hormone levels result in many of the diseases and disabilities of ageing, and restoring hormone levels to a functional balance can help alleviate many of the symptoms associated with it.

Although, ageing skin is not a threat to a person’s physical wellbeing, it can have a detrimental effect on the psychology of a person. Many factors are involved in intrinsic skin ageing: genetic mutations, increased inflammatory signals, decreased lipid production and of course decreased hormone levels. The complex endocrine system of our body controls the hormones that regulate many body processes.

Hormones are natural chemicals produced in one location, secreted into the bloodstream, then used by certain other target organs and system. The hormones control the target organs. Some organ systems have their own internal control systems instead of, or in addition to, hormones. With ageing, changes naturally occur in the way that body systems are controlled. Some target tissues become less sensitive to their controlling hormone. The amount of hormones produced may also change. Many of the organs that produce hormones are, in turn, controlled by other hormones.

Ageing also changes this process. As we age, these systems become less efficient, leading to changes in our bodies such as menopause. For example, an endocrine tissue may produce less of its hormone than it did at a younger age, or it may produce the same amount at a slower rate. The hormone or endocrine theory of ageing asserts that the most important factors in ageing, both internally and externally, are the changes brought about in the body by the endocrine system.

The physical and mental symptoms of hormonal decline are so varied and bizarre that most physicians are hopelessly puzzled at the recital of symptoms. Women complain of nervousness, irritability, anxiety, apprehension, hot flashes, night sweats, joint pain, depression, heart palpitations, crying spells, weakness, dizziness, headaches – sometimes severe, poor concentration, loss of memory, chronic indigestion, irritable bowel syndrome, insomnia, bladder discomfort, frequent urination, itching of the skin, dryness of the eyes, nose, and mouth, and backache. In some women these symptoms can appear as early as the mid-30’s. Memory loss and dropped thoughts are symptoms of hormonal decline and imbalance.

The only hormones that increase from our mid-thirties onwards are the catabolic ones, such as cortisol, which break down muscle tissue. Cortisol is also responsible for increasing blood pressure and blood sugar, and reducing immune responses. The more important hormones that have an effect on ageing are many, however here’s some information on how DHEA, HGH, and Melatonin affect your ageing processes.

DHEA is a “precursor” hormone – that is, it is the mother hormone that the body can convert into over 50 essential hormones, including testosterone, estrogen, progesterone and cortisone to name a few. DHEA (short for the tongue twisting word Dehydroepiandrosterone) is a naturally occurring steroid hormone produced in the adrenal glands by both men and women, and it’s the most abundant steroid hormone in the bloodstream.

Dr. W. Regelson, a noted researcher, calls DHEA ‘The Mother Hormone’, because both men and women can convert it into whatever other hormone they require, on an as-need-be basis. For example: If your testosterone levels are too low, your DHEA hormone will naturally convert itself into more testosterone. The same holds true for it’s ability to convert to  estrogen, melatonin and most all other hormones. For this reason DHEA is called a regulator, because as your body naturally seeks to balance itself (i.e. the correct ratio of estrogen, testosterone, etc.), your DHEA hormone will naturally convert itself into whatever hormone your body happens to be low on. So it acts as a universal hormone reservoir that supplies your body with whatever hormones are lacking, so as to keep your body in proper balance.

HgH: The human growth hormone (HGH) is a hormone that is made by your body in the pituitary gland and many claim has anti ageing properties. In children, it is important for normal growth. In adults, HGH helps regulate and maintain your tissues and organs. It was originally believed that the pituitary gland just didn’t have the capacity to produce large amounts of HGH as we get older.

One theory is that the pituitary gland does not “know” it should be producing more HGH, but the question remains why is the pituitary out of balance? What has caused this issue? Many people believe that it is simply a lack of adequate nutrition and an excess of toxins, because when you rectify these issues, many problems associated with hormonal imbalance simply disappear. Our body has a feedback loop that says when the IGF-1 levels decrease, produce more HGH. For some unknown reason it is possible that this loop is broken and the pituitary gland has a harder time getting the signal to produce more HGH as we age.

Certain lifestyle factors, such as sleep and stress management can cause the pituitary to secrete more HGH. Along those same lines, exercise and staying active have also shown to optimize the level of HGH in a person’s body. Resistance training is proven to be the best stimulus for achieving that healthy muscle growth we all desire. Getting adequate rest is one of the most important factors in reaching your health goals. Our body does its growing while asleep, not while in the gym. In regards to HGH release, our bodies release the highest amounts during the first 30-60 minutes of sleep. Having a mid-arvo nap or siesta is a great way of boosting hormone production levels.

Melatonin is an important hormone in your body for regulating sleep. There have been some claims of late that melatonin can reverse the effects of aging. It helps regulate your sleep cycle. When you are exposed to light in the morning, melatonin levels decrease. At night, when it is dark, these levels increase, making you sleepy and drowsy.

Within your individual health story is a common thread that ties together your different health concerns.  When that common thread is addressed a multitude of symptoms can be resolved. Bone mineral density is maintained or can be regained if already lost. Your good (HDL) cholesterol goes up, the bad (LDL) cholesterol goes down. Body fat lessens. Muscle strength increases and energy level noticeably increases. In addition, so many mental symptoms are alleviated. Word recall and memory are improved. The relationship-destroying symptoms of irritability, mood swings, and depression are very frequently stopped.

If you want to look and feel great, no matter what your age, it would pay you to find out  how the many anti-ageing factors can be reversed, easily and inexpensively. Contact your Savvy support team member for more information on our anti-ageing programs. If you would like to check out the list of issues that you currently would like to eliminate, download this checklist. When you read the symptom list, try not to evaluate why you have a symptom, just mark the symptom if you have it.

It is human nature to forget how bad we felt after we feel well again. The list is an objective reminder of the symptoms that were present for you before starting any therapy. Frequently, when looking back on the symptom list after just a few months on our programs, the individual will say, “Oh, I forgot I had that symptom.”