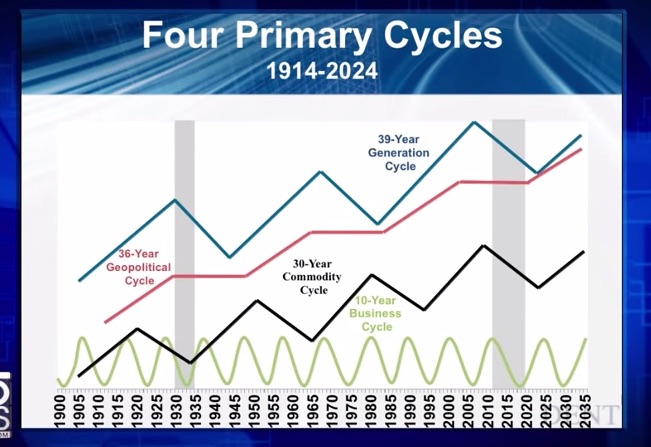 Australia is being totally transformed by population ageing, along with social, economic, and policy change, and so having a home based business in one’s retirement is becoming a more and more attractive option.

We are at a critical demographic turning point because the baby boom cohort – the 5.5 million people born between 1946 and 1965 – has begun to turn 65 years of age.

With the average 50 year-old Australian estimated to have currently less than $50,000 in retirement savings, there is an obvious need to find alternative ways to either save more or generate supplemental income starting now, and continuing throughout retirement.

The Savvy Team have just the best opportunity to help you make money from wherever you are, while helping you join them in the wellness industry and thus stay young and healthy, and provide a simple cost-free system to help you do it.

Capitalising on the current growth of three major economic trends: the wellness industry, the distribution revolution and the home-based business, the Savvy Team are poised to help hundreds of thousands of Australian baby boomers avoid being part of the sad statistics that Harry Dent economic forecaster, predicts will affect everyone world-wide. Notice the dates of the above four primary cycles.

In an article, titled Would You Join A Multi-Level Marketing Company For Retirement Income? a Forbes writer recently discussed the advantages of network marketing, as a protection for baby boomers in the coming years. They gave the AARP’s estimate that half of all baby boomers (76 million) are interested in starting a business and the makings of a massive trend are in place.

As far as the retirement saving crisis is concerned, more and more people are coming to terms with the fact that they probably aren’t going to be able to save enough money to just sit around and slowly deplete their nest egg from age 62 to 100.

Moving beyond just the dollars and cents however, boomers are growing tired of feeling guilty or bad about their past savings habits and are interested in moving towards possible solutions. Plus after a lifetime of working they are definitely interested in a means of meeting new people. Network marketing and the more up-to-date social marketing offer not only all of the above benefits of extra income that can be built part-time with whatever skills they have, wherever they are.

They are given the opportunity to make new positive and go-ahead friends, and to discover the amazing benefits of personal development, as well as extra income.

While it’s a tough time for baby boomers, with most being financially unprepared with their current strategy, the Savvy Team provide options. Times are tough, in fact some of the country’s most bearish investment experts warned baby boomers their total retirement savings were at risk with asset bubbles about to burst over 2015.

How about you? Are you one of the millions of Australian baby boomers who are already feeling the pinch?

The REST survey reports what we already know, that baby boom generation is surviving to older ages in fast growing numbers. It is also a distinctive group – reportedly being healthier, more active, better educated and with higher expectations than previous generations. Over half of older Australians said they have a retirement bucket list. Of those with a bucket list:

One of the world’s leading market strategists, Gerard Minack tells the ABC Newas that we are facing a serious 40% risk of a recession in 2015: “Australia has run out of luck.” Chief investment officer at Escala Partners Giselle Roux says the impact of a lower dollar is unlikely to be felt until the second half of 2015.

In a recent article a Forbes.com stuff member discussed how over 75% of baby boomers are ‘somewhat confident’ or ‘very confident’ that they are set up safely for retirement – when statistics have proven that this is just not the case. The article verifies what Harry Dent (see what he says on youtube) is still warning us. Dent, expert in the Science of Demographics, has used this demographics to predict major economic and market shifts with an uncanny accuracy… and decades ahead of time.

Harry Dent’s 2014 predictions are unfortunately coming to pass, and barely a year has gone by. Now many are saying it will be advisable for everyone to have an extra stream of income coming in to their household. And in the near future, and as 70% of baby boomers are predicted to retire at the poverty level. Most don’t have much savings. As a whole, retirees are looking down the barrel of a future in trouble!

If they want to go back to work, they are passed over for younger employees, who are having a harder time finding work themselves. They may not know of any another option. Help them out. Pass along this article. Wouldn’t you like to read it if you were in their place? There is an answer, and the Savvy Team provide it!

Help us spread the word. Contact whoever sent you to this site, or email us at [email protected] because there are simple solutions . . . but the time to act is now!

Here’s what Dent says about the coming 12 months to five years: “Many of Wall Street’s pundits want to you to believe the worst is over – and that, except for a few bumps in the road here and there, we’re well on the road to recovery. But that’s not what my research indicates. Not even close. The Dow has finally crossed the 17,000 mark and now I see it winding down, week after week… falling to 6,000 by late 2016 or early 2017.”