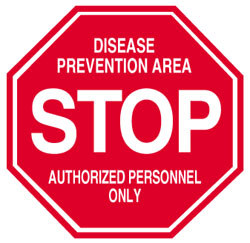 Supportive environments and communities are fundamental in shaping people’s choices and preventing unnecessary illness and disease. Individual responsibility can only have its full effect where people have access to a healthy lifestyle, and are supported to make healthy choices. The world’s population, now 7 billion, is expected to reach 9 billion by 2050.    Measuring how many people die each year and why they died is one of the most important means – along with gauging how diseases and injuries are affecting people – for assessing the effectiveness of a country’s health system. But what’s the point of continual assessment if the statistics just keep getting worse?

How Does Australia Fare?

Australia is a nation of overweight pill poppers, according to a report by the Organisation for Economic Co-operation and Development. It is warning Australia it must do something about its obesity problem saying more than 28 per cent of Australians are obese. Health experts fear the next generation could be the first to live shorter lives than their parents if nothing is done. “We are on the medal podium – one of the fattest countries in the world” says Mike Daube, Professor of Health Policy at Curtin University. The Organisation provides independent and evidence-based analysis to help improve the economic and social well-being of citizens in its member countries and globally.

The report found Australians are given more cholesterol medication, known as statins, than anywhere else in the OECD (The Organisation for Economic Co-operation and Development). Prescribing rates were 40 per cent above average.  It was also the second-highest prescriber of anti-depressant medication; the rate has doubled over the past decade. University of Sydney Professor of Psychopharmacology Iain McGregor said the sharp rise in anti-depressant use showed “something serious about the fabric of our society and other like societies”. “Anti-depressants are given out like candy, but they are not innocuous,” Professor McGregor said. Despite these high prescribing rates, the most mentally unwell, those hospitalised with schizophrenia and bipolar conditions, had worse outcomes, being more likely bounce in and out of emergency care.

The Health at a Glance 2013 report also shows Australia had the third-highest rate in the OECD of foreign objects being left in people after surgery, as well as higher rates of obstetric trauma. The report found Australia had 8.6 cases of foreign objects left in their bodies after surgery per 100,000 people who leave hospital. This compared to an average of five, although it noted Australia might have better reporting of incidents. And while Australian women are more likely to have caesareans, when they do give birth vaginally they are more likely to experience obstetric trauma.

In 2011, the Top 10 leading causes of death in the world were ischaemic heart disease, stroke, lower respiratory infections, chronic obstructive lung disease, diarrhoea, HIV/AIDS (all of which have remained the top major killers during the past decade), lung cancer, diabetes and road injury which just tops premature deaths. Worse still, chronic diseases cause increasing numbers of deaths worldwide, killing an estimated 55 million people worldwide in 2011. Noncommunicable diseases (NCDs) were responsible for two-thirds of all deaths globally in 2011, up from 60% in 2000. The four main NCDs are cardiovascular diseases, cancers, diabetes and chronic lung diseases. High-income countries have the highest proportion – 87% of all deaths were caused by NCDs – followed by upper-middle income countries (81%). Noncommunicable diseases were responsible for two-thirds (36 million) of all deaths globally in 2011, up from 60% (31 million) in 2000. Cardiovascular diseases alone killed nearly 2 million more people in 2011 than in the year 2000.

The time for incremental change to world health has passed – it is the past, an old fashioned view, definitely well-intentioned enough, but no longer able to deliver the healthcare revolution we need. It’s too late for small changes! It’s time to fast forward to better healthcare. It is time for BIG change, a change in attitude, a change in behaviours, a change in the way we think, eat, and live. Health is simple. We’ve been proving it to people for many decades now. The reason most people don’t take notice is because they think it is difficult! Just because health requires a big change, does’t mean it’s hard – it’s as easy as one-two-three.

What about you . . . what do you think? Do you think it’s time for a change? Time to change some bad habits for some good ones?

In Case You’re Still Not Sure, Here Are Some Statistics:

In 2008, more than 1.4 billion adults were overweight and more than half a billion were obese. At least 2.8 million people each year die as a result of being overweight or obese. The prevalence of obesity has nearly doubled between 1980 and 2008. Once associated with high-income countries, obesity is now also prevalent in low- and middle-income countries.

What’s even worse is that childhood obesity is one of the most serious public health challenges of the 21st century. Globally, over 40 million preschool children were overweight in 2008. Overweight children are likely to become obese adults and children’s choices, diet and physical activity habits are influenced by their surrounding environment. Overweight children are more likely than non-overweight children to develop diabetes and cardiovascular diseases at a younger age, which in turn are associated with a higher chance of premature death and disability.

The basis for health is good nutrition. Orthomolecular medicine has been proving it since the 1960’s. Orthomolecular medicine is using the right molecules in the right concentration that are required for health. The word “orthomolecular” was introduced by Linus Pauling and still forms the basis of the mission of the Linus Pauling Institute. They are particularly interested in determining the body’s optimal concentration of various substances from food, including vitamins, micronutrients, and phytochemicals, that leads to the best of health and affords the greatest protection against disease.  The doses are well above the recommended daily allowance (RDA) and may be used along with special diets and conventional treatment. “Anyone who wishes to become familiar with orthomolecular medicine, may do so by simply beginning with a whole foods, sugar-and-wheat-­free diet and a few vitamins. Even with this simple approach, people report success.”

Epigenetics has taken science into the DNA. The Journal of the American Medical Association explains Epigenetics, as the study of non-DNA sequence−related heredity, saying it is at the epicenter of modern medicine because it can help to explain the relationship between an individual’s genetic background, the environment, aging, and disease. Many believe that the genome is open to instruction that it’s been scientifically verified that nutrients can give it that instruction. But who is going to give it these substances so the DNA can rectify the instructions it’s receiving?

That’s where the three-step Savvy Wellness program comes in. The Savvy Team provide savvy strategies for a healthier home, healthier finances and a healthier life. It’s about preventing disease and improving your health and vitality! Now while everybody thinks they are interested in doing this, only a fraction of the population are willing to make the many small changes every day, that will take them in the direction of good health, rather than spiralling rapidly into disease.

Although we assert there are two fundamental causes of disease, (you can have a look at those here: excessive toxicity and nutritional deficiency), here are our simple options for weight management, detoxification and optimal wellness.

Our research has taken us in may directions as we look for answers that deliver a big change to the current health system. Our ongoing philosophy of individual responsibility has us provide new ways to make healthcare accessible and affordable, delivered in a safe and efficient way to individual families. We educate, equip and re-train a new workforce of entrepreneurs, to give people access to low cost solutions that are safe and effective. We search for and find new ways to use technology to make information, education and innovation really count by giving individuals more control over their healthcare prevention, treatment and affordability. Please contact us at www.savvy-team.com for more information.

NOTE: These are in no way meant to replace your doctors advice, nor to prescribe for any medical condition. The Savvy Team are about helping you stay well, with disease-prevention philosophies.