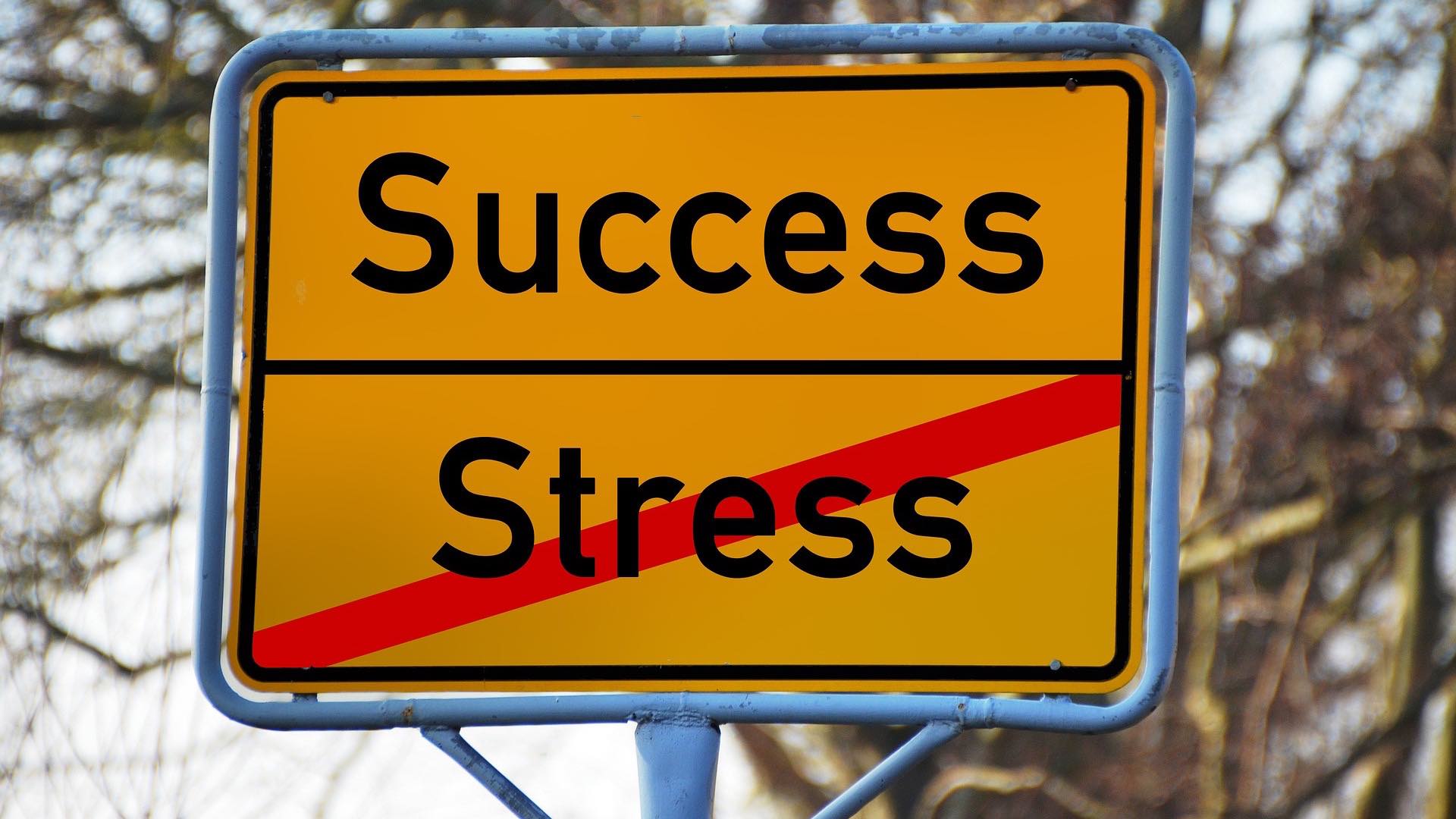 Had a long day at the office with work deadlines piling up? Kids acting up all day?

Social calendar booked up so solid, you see no time left for YOU?

Juggling the multiple demands of modern life can leave you more than a little frazzled! While you may aim to effectively ‘manage’ stress, under constant pressure your coping mechanisms will eventually reach the tipping point where anxiety, irritability and insomnia may result.

Under stress, your primal ‘fight or flight’ responses are activated, so the body releases the hormones adrenaline (which increases your heart rate and blood pressure) and cortisol (which increases blood glucose levels, alters immune responses, and suppresses the digestive and reproductive systems). Normally these hormone levels will drop to manageable levels of their own accord when stress factors are removed. However under persistent stress, they remain elevated with dire consequences for your health.

Stress can play a part in the onset or increase the severity of conditions such as headaches, changes in mood, digestive disorders, impaired concentration, weight management, skin conditions and anxiety. That’s why it’s so important to learn healthy ways to cope with the stressors in your life.

We all can feel wrung out by the stress of daily life, and there are many different ways to cope with stress and anxiety including meditation, medication, massage, exercise, herbs and others.

There is an attractiveness in being able to ‘take a pill’ to reduce stress. The ideal pill would not only be effective, but would be quick acting, free of side effects and not addictive! That’s where medications usually can’t fit the bill and you need to look for nutritional alternatives!

Alpha-casozepine enriched milk protein, better known under the trademarked ‘Lactium’, is a natural active substance in milk protein which provides a relaxing and soothing effect.

Based on observations of contented infants and the traditional wisdom of the relaxing properties of a glass of warm milk – Lactium stimulates the activity of Gamma-Amino Butyric Acid (GABA), a neuro-transmitter known to inhibit anxiety and the stress response in the brain – thereby promoting a more relaxed state in you!

Every time we eat, or take a supplement we are essentially consuming ‘information’ for the body. This then influences a myriad of processes in the body and brain – including impacting our emotional state!

Although that warm glass of milk contains Lactium – there’s also a myriad of other ‘messages’ being passed on by the milk – and not all of them are good!

However, when isolated and concentrated in supplement form, the message from the Lactium can come through loud and clear. The message of alpha-casozepine is a powerful whisper: “Relax. Calm down.”

St John’s wort (Hypericum perforatum) is a perennial herb with a yellow flower that has been used to treat nervous conditions since ancient Greek times. Today, St John’s wort is a popular remedy used for anxiety, mood swings, nervous unrest, restlessness and sleep problems. Most preparations have been standardised to include the main active ingredients of hypericin and hyperforin.

The plant has many chemical compounds, some of which are believed to help depression by preventing nerve cells in the brain from reabsorbing the chemical messenger serotonin, or by reducing levels of a protein involved in the body’s immune system functioning.

It is thought that St John’s wort is a re-uptake inhibitor of serotonin, dopamine and noradrenaline, which are chemicals in the brain that are linked to depression and anxiety. Recent clinical trials have found that St John’s wort was superior to the placebo, and was as effective as standard antidepressants! (e.g. Prozac, Tofranil and Zoloft)

It is often argued that these results are ‘inconclusive’ for St John’s wort and its effect as it relates to depression and anxiety. Yet similarly, as reported by the University of Maryland Medical Centre:

“But these studies should be weighed against the majority that have found St. John’s wort helps depression. In the same study, Zoloft also failed to show any benefit in treating depression. Many other studies have compared St. John’s wort to Prozac, Celexa, paroxetine (Paxil), and Zoloft, and found that the herb works as well as the drugs. Other studies are ongoing.”

Well, if we put clinical depression aside completely though – St John’s wort has definitely proven beneficial for improving stress response.

However thinking logically here, if it increases the effectiveness of the drug – seeking medical advice to lower the dose of the drug may indeed provide a better long-term outcome, rather than simply avoiding the herb altogether. Of course, if you are following a wholistic approach and have no need for medication – St John’s wort may be a helpful herb in assisting you to effectively deal with stress and mild anxiety that can eventuate from the usual stresses of daily life.

Valerian root (Valeriana officials) is widely used and respected by the general population and physicians for its sedative effects and anti-anxiety capabilities. (ref)

You may have even had valerian root before and not even realised it, as it’s very common for valerian root to be included in relaxing and sleep-promoting tea blends, but it doesn’t just offer a solid night’s sleep – it’s also amazing at naturally calming anxiety and can even lower blood pressure. By reducing anxiety and improving the length and quality of sleep, valerian root can significantly help with daily stress management.

By improving GABA levels, valerian makes it easier for both the mind and body to relax. Since relaxation is the antithesis of stress, valerian root is an excellent natural way to help keep your stress down and your quality of life up.

Further, valerian root has been shown to suppress both physical and psychological stress, according to research in BMC Complementary and Alternative Medicine.

The research into the importance of B Vitamins for dealing with stress is well documented. One study coming out of Swinburne University in Melbourne found that participants taking a Vitamin B-Complex supplement reported a 20% reduction in work related stress. This is in contrast to the control group in the study, who were given a placebo and reported no significant change in stress levels.

In the study, before-and-after assessments of mood, personality traits, and work strain and demands revealed that the vitamins significantly reduced workplace stress. The employees taking the B-complex vitamins specifically reported: “lower personal strain and a reduction in confusion and depressed/dejected mood.”

Vitamin B is not one vitamin, rather it is a group of vitamins that can help support our bodies during stressful times. The findings aren’t surprising when you consider the role B vitamins, particularly folic acid, vitamin B6 and vitamin B12, play in mental function.

Vitamin B6 is considered an ‘anti-stress’ vitamin!

B6 is somewhat of a ‘workhorse vitamin’ – involved in the manufacture and use of amino acids, taking part in producing brain neurotransmitters such as serotonin, in releasing energy stored in cells, and in manufacturing red blood cells. Vitamin B6 also helps to keep hormones in balance and the immune system functioning properly!

Vitamin B12 ensures that both your brain and nervous system function as they should and it’s also an intrinsic part of your cell’s metabolic controls.

Folic acid, a member of the B vitamin family, has demonstrated benefits in a variety of areas. Research has been accepted by both conventional and integrative medical circles, and has become a part of many public health measures. Folic acid, although being only one of the B vitamins, is important enough to be noted separately, as it’s particularly great at stabilizing your mood and reducing depression, anxiety and panic and is well studied in it’s beneficial effect for stress.

Vitamins B12, B6, and B9 (folic acid) work closely together to control blood levels of the amino acid homocysteine. Elevated levels of this substance appear to be linked to heart disease. Plus, vitamin B6 is essential for normal brain development and function, participating in the process of making important brain chemicals called neurotransmitters.

Folic acid gained public recognition for its benefits in preventing neural tube defects. Numerous studies have confirmed that certain birth defects can now be more effectively prevented by taking folic acid. This means that any woman of child-bearing age who could get pregnant should strongly consider taking folic acid so that the vitamin is present and available when or if conception occurs. Taking folic acid after discovering the pregnancy is certainly not a bad idea, but it is not as effective as taking it beforehand.

We feel that this should be the case with all vitamins, minerals and nutrients! It’s better to make them available to the body on a regular basis through supplementation than to risk being low or deficient in any one nutrient.

Sometimes you may feel there’s nothing you can do about stress. There will never be more hours in the day, and your work and family responsibilities will always be demanding. But you have a lot more control than you might think.

Stress management is all about taking charge: of your lifestyle, thoughts, emotions, and the way you deal with problems. No matter how stressful your life seems, there are steps you can take to relieve the pressure and regain control . . . and sometimes a little nutritional support can make all the difference!